Flowers In The House Of Fur: October 2013

Well hello there. I'll be your host today. 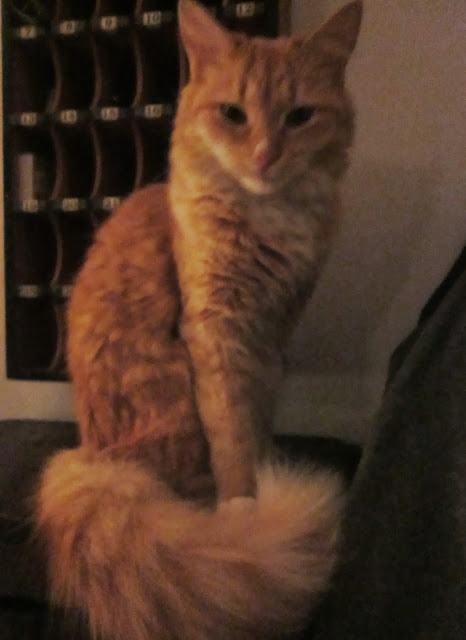 Jane's had a busy week what with work and "dating", so I told her I've got this one.
It's not like Lucy and I don't know how to take a picture and stick a few flowers in a vase by now.
It's not rocket science people.
And who's craftier than a cat?

The story began when the tall man who lives in the back room and keeps his door closed when he's not home cause the room isn't "cat proof"  (like what room really is?) went on an adventure and brought back a mess of fish and shells. 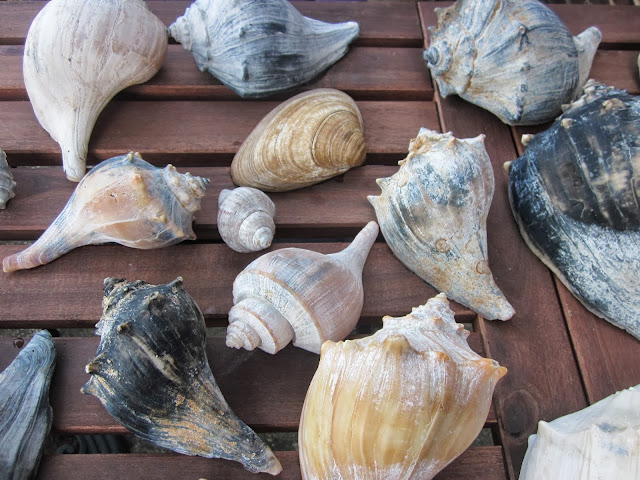 Jane was all ohohoh about the shells, Lucy and I were a wee bit more interested in the fish...
Unfairly, she, Jane, got both, dinner and some shells.
So today she was being all cute, putting flowers in one of the shells when Lucy brought a dead mouse in the house. 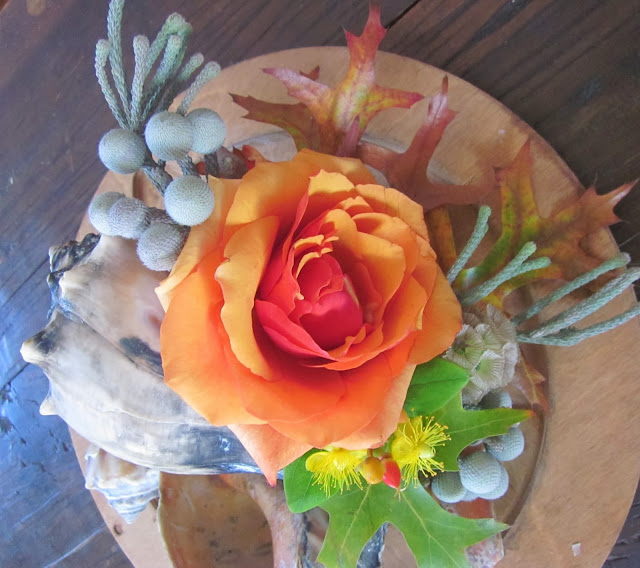 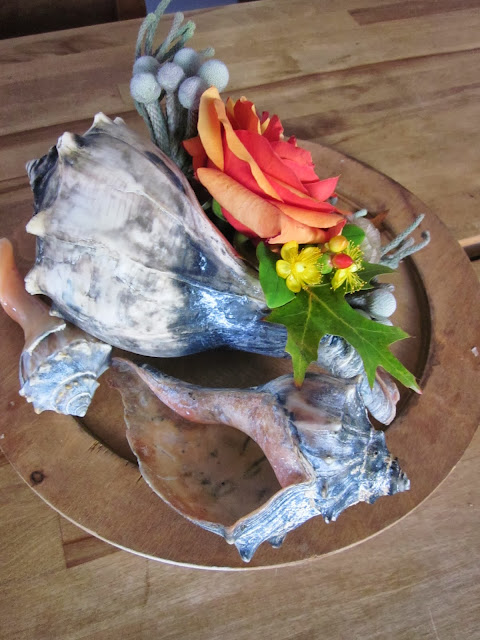 We figured if she liked fish she would love mouse, and we were right!
It was clearly a big hit because she was screaming with happiness and jumping around.

I don't know why she didn't take a picture of it...
After an appreciation ceremony that involved gloves, a broom and dustpan and a plastic bag or two, Jane got back to work, hands trembling with excitement. 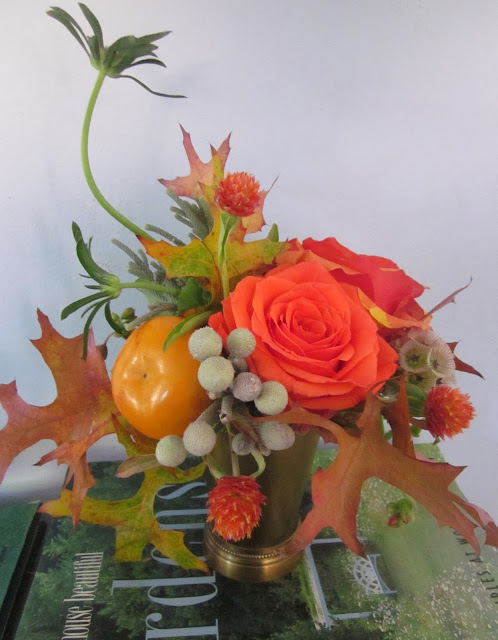 When we bring leaves and bits of mulch inside they and we get cleaned up. When she brings them in they become an "arrangement". Lucy thought it needed a little zip so she placed a bowl of quince persimmons nearby. (Thanks for the correction on the proper name of the smelly fruit. It kind of doesn't matter now because I knocked it over before bedtime anyway. Where was I supposed to sit?) 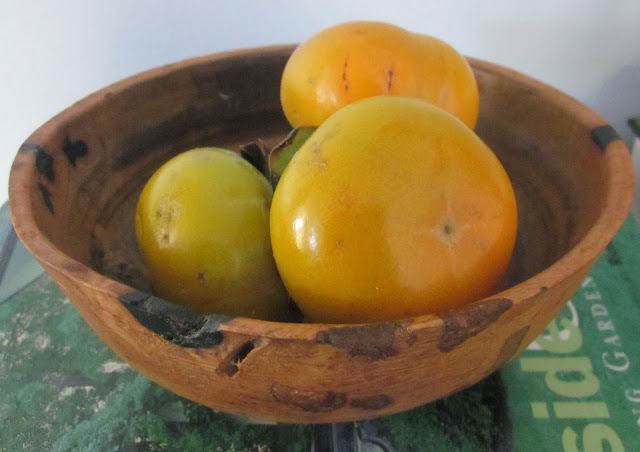 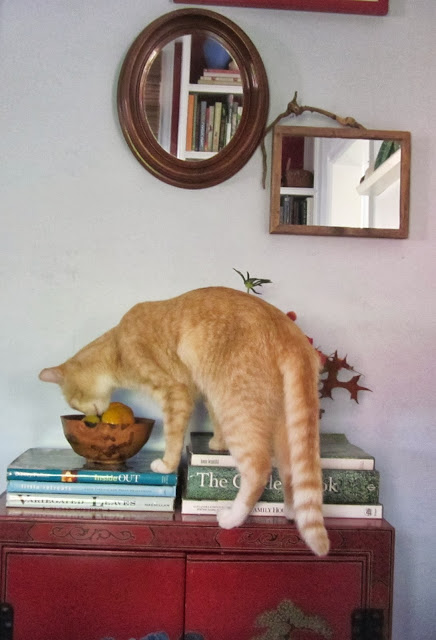 Maybe Lucy found a bit of that fish in there too, because she couldn't seem to get her head out of the bowl.
Then Jane put a little mustard jar on the windowsill by the sink where we'll be sure and knock it over while we're bug hunting.And it will be our fault? 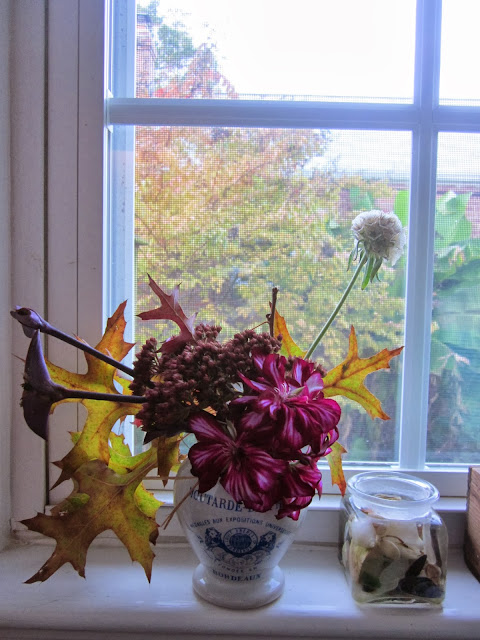 How does it go? Once a mistake, second time a choice?
There's another vase too but quite frankly I'm getting bored by all this and it's very tiring with the constant spell check. I'm a cat for god's sake, not an English student.
I suppose I'll come around and visit you all tomorrow since I've gotten so involved.
Don't worry I'll bring something with:-) 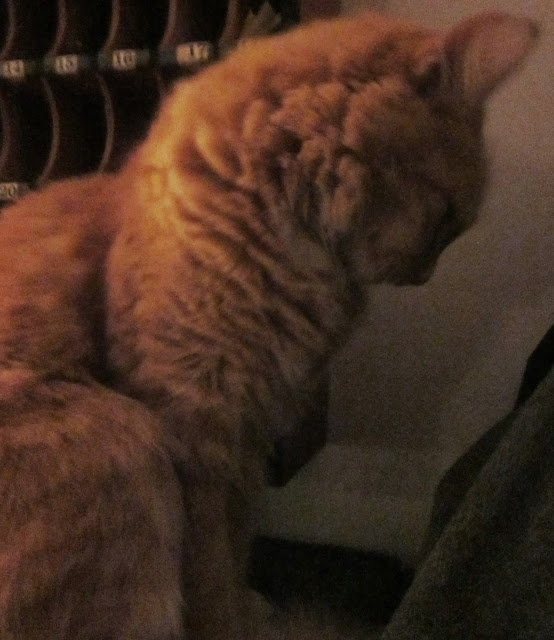