Flowers In The Wintery House


December with its reds and golds and temperatures in the 60's was so last month.  January has brought us grey skies, freezing winds and the first snow/ice of the year. Scarves and boots are being worn for warmth not fashion just as the stores fill with spring clothes and sandals.

At home the tree has long been turned into future mulch, the glitter and the glamor have been packed away in the attic till next year.  I have kept my jar of fireflies alight but swapped out richly colored roses for single stems of ranunculus and tulips and barely there pussy willow.  The bowl of clementines is not a prop but a constant.  And with this weekend's scratchy throat, a necessity.  Some pop pills, I pop clementines. 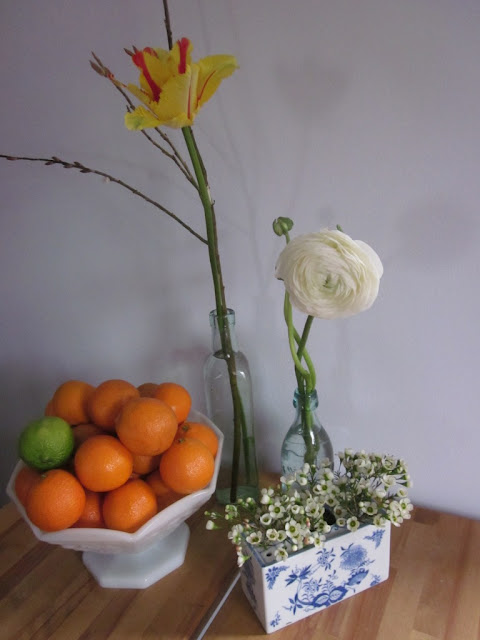 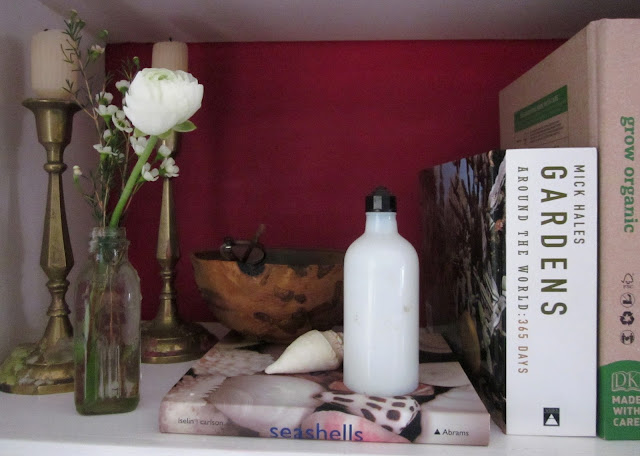 I say double your pleasure and use them together. 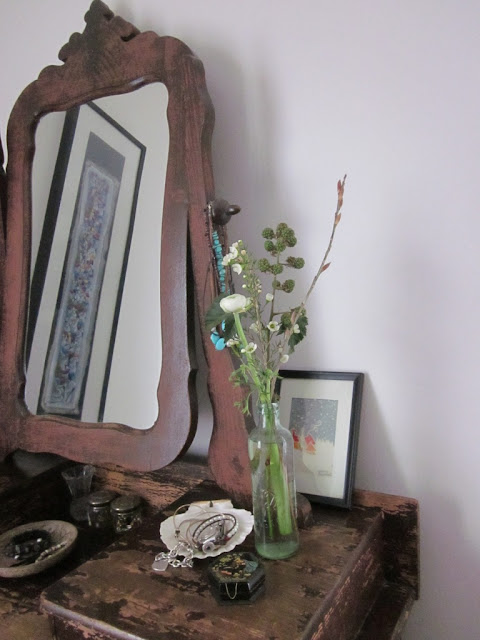 And if you happen to be a florist and have a stem of black raspberry handy, add that to the mix.

A heady mix it is, those tiny wax flowers pack a powerful punch of scent.  But just in case my stuffy nose can't catch it,  I filled a jar with a few bulbs.  A tete a tete, some tulips and a hyacinth, a handful of green moss and a crystal found by GG on yesterday mornings dog walk. 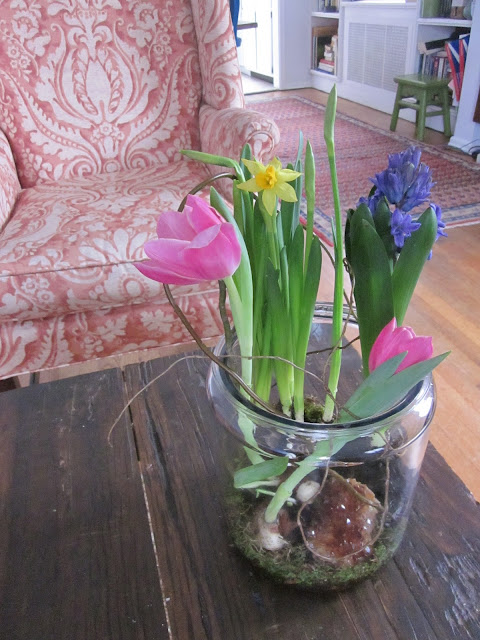 I walk down the same streets.  All I see are early blooming forsythia and an occasional fox.  GG always finds a treasure. 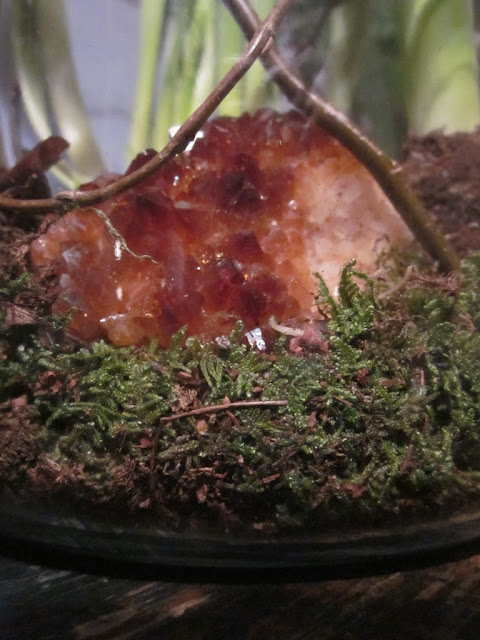 Looking forward to coming to your house and seeing what treasures you have for us. I'm also hoping for a cup of tea and a few Advil.

Clementines can only do so much:)
xo Jane

Labels: Flowers In The House January 2012